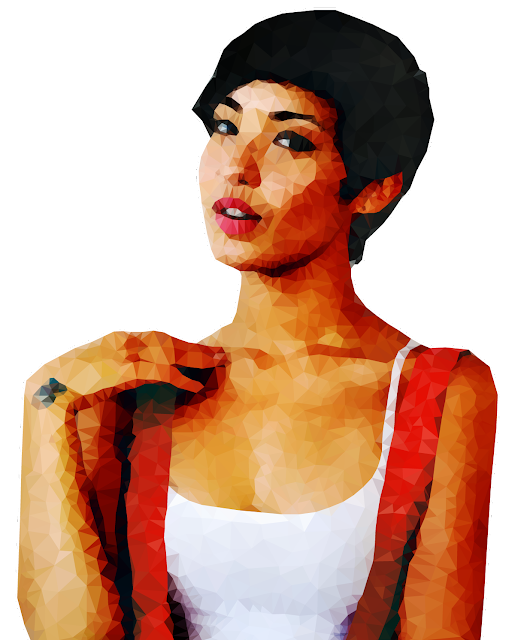 It basically converts your images to triangles.

BUT, it also lets you put your own vertices on the image.
Well, i didn't know what that meant either, so I played around with it for a while.

when you allow DMesh to create it's own attempt, it looks kinda crappy: 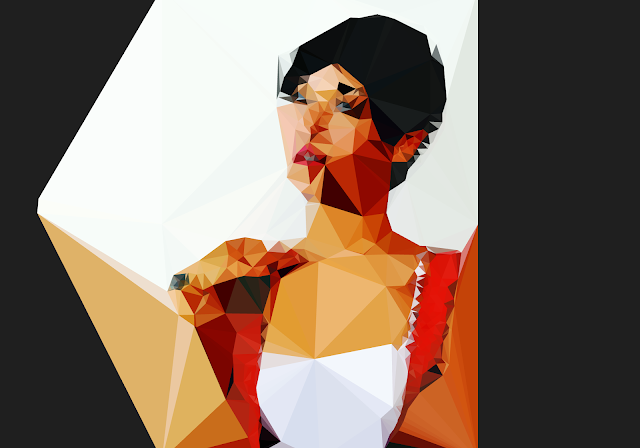 I tried working with the image to make it look decent, but it was just too much.

THEN i found out you can erase the computers best guess and just start putting dots on your own. 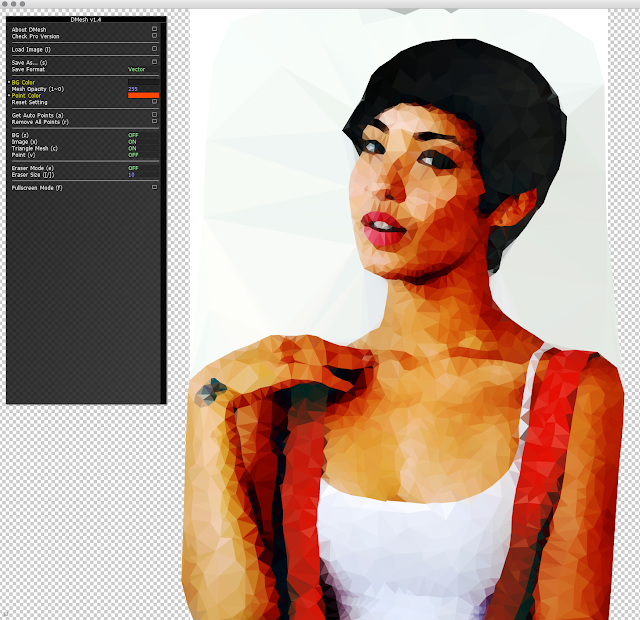 You can only export PNG, PDF (?), and OBJ, which is a 3D model file extension.

I exported as a PDF and then converted it into an Adobe illustrator file. THEN I brought it into Adobe Animate (formerly known as Flash), because I know the tools better in there.

In Animate, I could move vertices around, change the color of rogue triangles, and clean it up a bit more. Then I can export it as whatever I want.
Posted by lonebannana at 9:13 AM